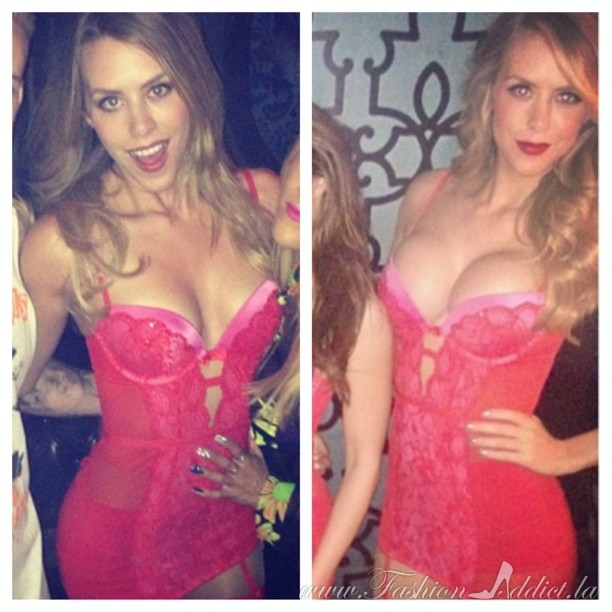 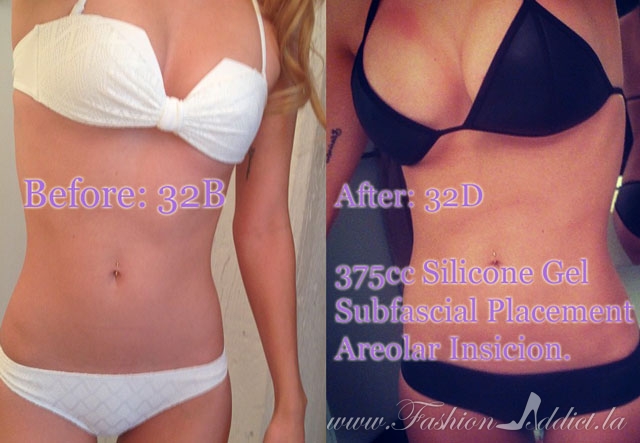 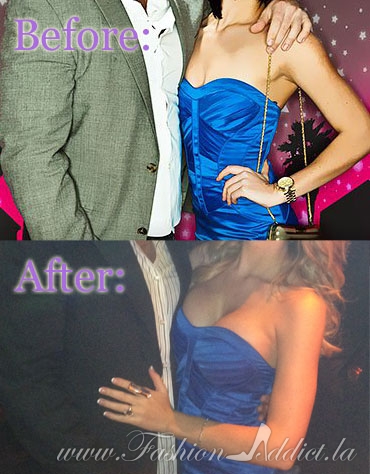 After my last post I switched from my granny bra they gave me after surgery to a regular sports bra. A few hours after switching my left breast started to feel sore and hurt and seamed to swell a little. I switched to a camisole with a built in bra for support, but that wasn’t tight and I emailed BHPSG and they told me to come in the next day just to be safe. Once I got there though, the swelling I noticed and the pain was gone, I think I had just tried to put on a sports bra that was too tight and lifted them into the pocket too high and the left side got irritated. The problem though is that the sports bras that weren’t too tight in the cups weren’t tight enough around my ribs so the camisole ended up being just right for me.

I can still feel the left side move around a lot more than the right side but Dr. Danielpour and Dr. Layke assure me that they’ll both settle and be secure in another month or two and to just not over work myself.

When I was first able to lift my arms over my head (around 2.5 weeks) I thought they looked a little too fake and stuck on but thats actually improved a lot in the last one and a half / two weeks from when I initially noticed that. Again though, they promise that my breasts will continue to settle, more swelling will go down and they’ll drop into an even more natural look- I do think they look super natural especially this soon. If you’ve seen girls who go sub-muscular, you know they have boobs up to their neck for like 2-3 months, and mine look (I think) pretty real already!

I got a comment/question about implant rippling with the subfascial technique and I have to say even when I lean forward I don’t notice ANY rippling at all- hopefully these photos show a good idea of my size before and after… The red lingerie has some padding in it (in the before and after) so they look a little fake in that pic- about how they’ll look in a pushup bra (which I don’t plan on wearing because I just don’t need to anymore) but the swimsuits are without padding and the blue dress is completely braless in both images.

The tape came off my incisions yesterday for good (I was having the tape replaced weekly before this) and they look pretty darn good. The stitches are completely dissolved and the wounds are closed. My doctors made my incisions zig zag for a two main reasons. First, they are easy to line up after surgery because they fit together like a puzzle so there is less chance of rippling/ scarring. Second, the human eye looks for strait lines because they are unnatural, so the squiggle helps camouflage the scar. So, I have little zig zag half moon incisions on the lower half on my aureolas that I have to apply Bio Corneum cream (which is like Mederma, but on steroids) twice a day for the next two months to make them completely disappear. Honestly you can barely see them as it is, but I’m going to do it to see how invisible they can get!

Also, yes the areolas are slightly bigger but they were really small to begin with, they look like a small/normal size now, definitely not big or stretched in any way.

Leave your questions in the comments below!