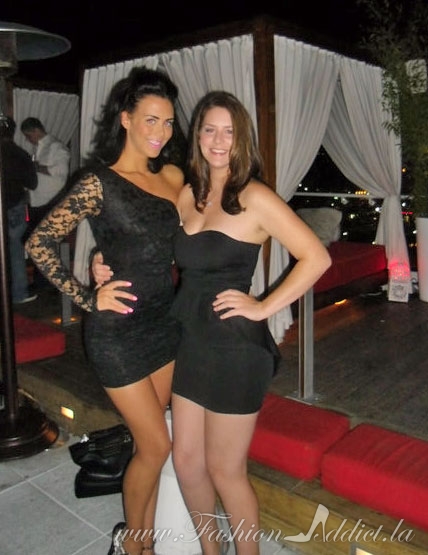 Boob Job Blog: What my family thinks… 8 days till D-Day

If you are just joining this discussion you can read the first post here.

I am super close with my family and between the ages 19-21 I tried to convince myself I would never get my boobs done, so I was very nervous to tell them, and to tell them I was going to write about it in this little “boob job blog series”. My mom is very  traditional when it comes to body modifications. She has no tattoos, no piercings other than her ears- and never has, and  hasn’t had any surgeries. The most she will do is, her makeup and color her hair- a natural shade of course. However, she does like to brag that she had purple hair in high school, as if she chose to do that… (my grandmother was a beautician and my mother ended up being her guinea pig often.) When I got my first tattoo (smaller than a bandaid on my inner ankle) she cried for legitimately four days strait. You have no idea how serious I am. Each of my 6 tattoos were equally as painful for her and the only one she even slightly likes is my mermaid one because I drew it, so it’s my own art, and because she understands how obsessed I am with those wondrous sea creatures, and because well, its AWESOME!! Anyway, When I told her about my choice she was silent, but as my mother, who I am very close with, if anyone understands how long I’ve been obsessed with boobs, how long I stuffed my bra, she knows. She tried to excite me about my small bust for years. While shopping she’d say, “Oh that looks great on you! See, if you had big boobs you couldn’t wear that Kier!” but despite her efforts, the heart wants, what the heart wants, and my heart wants some boobies! Now that she sees the inevitable fast approaching she is being incredibly supportive, I am super proud and grateful for her. Thanks mom…

As for Daddio… My dad and I have the same birthday so we are very similar- more similar than most father/daughters I’m sure. My dad gets me, he is like a wise owl or yoda and almost speaks in backward phrases like “Whatever makes my child happy, I support” haha, honestly I could tell my dad I am sawing off my arm to donate to charity and tattooing my face with a treasure map and he would say “Okay, well, do whatever makes you happy Kier.” He is the kind of guy you talk at but somehow you end up with answers you didn’t know you knew, and then he hugs you and brushes your hair away and tells you he loves you. Telling my dad about this decision went pretty much the same way, even though my heart was pounding in my chest.. His main question was, “What does your mother have to say about this” just so he could prepare himself for the imminent wrath of what is… my mother scorned… thank goodness she is feeling okay about it, or pretending to be..

My sister (pronounced: See-Stir between the two of us) sprouted perfect C-cups at age 13, seemingly over night, by 15 she had the perkiest double-D’s you’ve ever seen- the kind you see on Playmates, but real. I kept thinking I was a late bloomer, but I just wasn’t a bloomer at all. When I told her I was getting them, she told me “Well Kier, if you get a boob job nobody will ever believe your nose and lips are real, you’ll just look too fake” I responded with, “Um, pretty sure people don’t believe that anyway.” (Even Roger thought my nose was done when we met.. it’s not by the way.) I actually get asked a lot about my lips and nose, in some regions I think people would be too shy to ask, but in Hollywood, people ask alllll the time, then they don’t believe me when I tell them, so who freaking cares what they think? I’m not going to not get what I want so people will maybe believe that I haven’t had plastic surgery on my face, thats just crazy! My sister still isn’t fully into it, but she doesn’t understand- you can’t possibly understand if you’ve always had big perfect boobs! She is my best friend and biggest fan and I think she just loves me so much the way I am that she doesn’t want me to change. But people grow (no pun intended), and people change, and when she sees how happy I am with the results I know she’ll be happy too! Big sisters worry..

P.S. Sorry about my writing style, it’s a little wordy, with a lot of run-on sentences but I write how I talk, and this series is a diary ;)