Well well well, This episode definitely proved me wrong about DeMario, but we’ll get to that later. First, lest’s talk about the “Husband Material” challenge.

The Husband Material Challange was hosted and judged by Ashton Kutcher and Mila Kunis. Hilariously and accurately, Ashton said he was pretty sure Rachel’s future husband wasn’t in the group. The guys had to change a doll’s diaper then put on a Baby Bjorn, strap the baby doll into it, then vacuum down to a clogged drain, unclog it and find a ring then set a table and deliver flowers to Rachel. The winner of the challenge was Whaboom (Lucas) and the rest of the fellows didn’t seem too happy about it, nor did Rachel or Ashton. He almost drowned the doll and basically cheated, as well as freaking jabbed Blake in the neck, but who cares? He didn’t really “win” anything except a dumb fake metal. Plus, the fact that he won resulted in a (what else?) “WHABOOM”

Can we just talk about Mila trying to explain “Whaboom” to Aston? It was so fucking awkward and cringe-y, yet also hysterical… He said in a subtle and kindest-possible-way that it’s the stupidest catchphrase ever. I can just hear Peter Griffin in the background saying “On your mark, get set, terrible” every time they pan to Lucas. (Now that’s a good catchphrase.)

For the evening part of the date Rachel looked stunning, I LOVED her dress. (However her lipstick was on and off, I’m assuming because of makeout sessions but come on, aren’t they prepared for that? doesn’t that happen a lot on this show?) Anyway, Lucas got to have personal time with her first as he “won” the challenge. He wrote her a mediocre poem as Blake told the guys behind his back that Lucas is just there to be on TV. Zach said what we’re all thinking which is… “yeah obviously Blake, why don’t you worry less about Whaboom (who isn’t even a real threat) and worry more about your hair.” I do like how he called Lucas out for wearing makeup though, that’s too funny.

She was super unimpressed with most conversations but it looks more and more like she is really into Dean as he won the group date rose. I personally don’t find him attractive but I guess a lot of people do. He’s a little too “pretty” for me, but I don’t have to like him, only Rachel does. I liked that she couldn’t stop smiling around him. I also liked that she came out and said that the only thing she didn’t like about him saying “I’m going black and never going back” was that she totally wanted to be the one to use that line. Rachel, you’re adorable. Dean, you should have kissed her but it all worked out and you got covered in red lipstick at the end of the night. 💋

The One on One:

Not surprisingly, Rachel gave the first one-on-one date to Peter. Surprisingly, she brought along a third wheel in the form of her dog, Copper. What a cutie! (The dog… actually both.) They flew on a private jet to Palm Springs for “Bark Fest”. I assume Bark Fest took place at the same time Coachella did but was way better because it was crawling, literally, with dogs.

Copper and Peter seemed to like each other fine and Rachel is obviously completely smitten with Peter. (in her words, a “smitten kitten”) In the previews for up and coming episodes, you see Rachel crying and upset that people will judge her and I think it’s because she picks Peter. I read an article (here) where Rachel speaks about the pressure from Black America to choose a black man as the winner and her future husband and she basically says she has to pick who she loves… you go, girl! Just like I date an older guy and some people date same sex… then don’t (looking at you Ann Heche), nobody can control who they fall in love with. Love doesn’t care how old or how white you are, and America needs to get over it.

Peter and Rachel also both made lovely toasts and before she presented him with the rose, talked about their gapped-toothed-ness. Including, why they both chose not to “fix” it which I liked and appreciated. We all need to love ourselves a little bit more and this was a nice reminder that you don’t have to be “perfect” to be beautiful, handsome or land an opportunity to be the Bachelorette. The night ended literally with fireworks and I am 90% sure she chooses him in the end.

For the second group date the guys are invited to play basketball with Rachel and Kareem Abdul-Jabbar and kind of all freak out, but who wouldn’t?  A group date rose is up for grabs as usual and the men are reminded that it’s not really about their skill in the game but rather their character… a little foreshadowing maybe? DeMario is really the obvious player, pun intended. The game was kind of a disaster with more airballs than shots. And although his team won, Alex‘s man bun was the real loser of the day.

After the game, while the guys are waiting in the locker room, Rachel met fans and took photos with them. Then, what can only be described as a “skinny white bitch” named Lexi (Lexy?) walks up.  Lexi very politely informs Rachel that DeMario still has keys to her apartment and that they’ve been dating for 7 months. I actually like Lexi because women need to stand up for themselves. If you’ve been giving it up to someone who acts like they don’t know you, fuck them. Embarrass that fool on national television and smile all the way home. Yass bitch. The best part though is that she tells Rachel she can’t wait to see the look on his face… enter DeMario.

“You can either sink with the fishes or swim to shore.” First of all, fish don’t sink, they swim. But what do you expect from this idiot?

When he walks back into the gym with Rachel his expression says it all. Complete shock then fake confusion as he tries to figure out how to play this… It’s a giant mess as he keeps saying “oh definitely, definitely” over and over again. Then the kicker from Lexi, “Last time he was in my house he was fucking me.” and finally, “You still have the keys to my apartment.” to which his wishy-washiness is taken to a whole new level… (it’s hard to quote anyone as they were all talking over one another but it was along the lines of, “No I don’t, oh actually yes, I do, No I did, I actually mailed those back to you about two weeks ago.”

At this point, Rachel tries to get an explanation of his relationship with Lexi but Lexi again cuts in with iMessage evidence… DeMario still can’t give a straight answer and looks like a fucking moron who was leading on a crazy bitch he wildly underestimated. Finally, Rachel tells DeMario “I’m not here to be played, I’m not here to be made a joke of, which is what I feel like you’re doing right now and I’m going to need you to get the fuck out.” Ummmmmm 👏🏽👏🏽👏🏽 yeah.

DeMario keeps saying “This is crazy” in the van ride as Rachel paces around the gym obviously disturbed and embarrassed. She even tells Chris Harrison she doesn’t want to talk about it and looks like she’s about to burst into tears. I hated seeing her like that. When she finally explained the situation to the guys they were shocked and pissed off, and I don’t blame them. I just hope ABC doesn’t give that two-timing-piece-of-shit a spot on Bachelor in Paradise. DON’T DO IT ABC.

That evening Eric (who spoke the language of love, er uh, love languages) and Josiah (still) stood out to me. Alex, please don’t sing especially when she’s clearly not feeling you. Josiah got the group date rose so I stand by my prediction of him being top four and a top contender for The Bachelor.

Rather than a rose ceremony, the episode ends on a cliffhanger with DeMario pleading to come back as it’s implied the guys go out to set him straight… We shall wait for the rose ceremony until Monday. My choices for her to send home (depending on how many roses she gets to hand out) are Lucas, Jonathan, Brady, Alex, Zach, Matt and Adam, and Bryce.

My Top four are now, Josiah, Bryan, Peter, and Dean.

Honestly, I was pretty shocked the Ex-girlfriend belonged to DeMario, I thought she looked like a girl Lee would date. Plus, he kept talking about how much he wanted to get to know Rachel, but obviously, he was over compensating… Did you watch, who do you like, who do you hate?

Thank you for reading! With love from Florida, 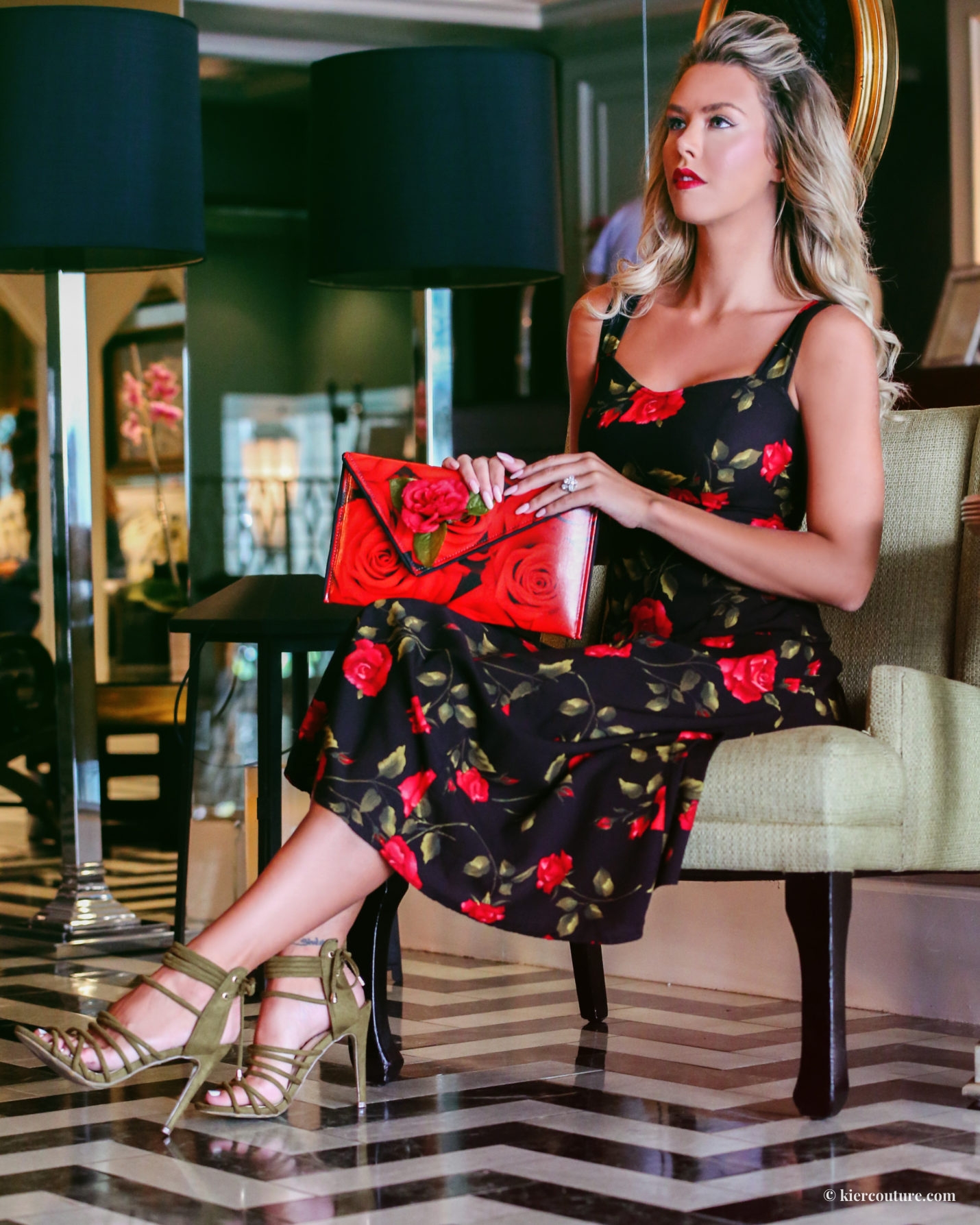 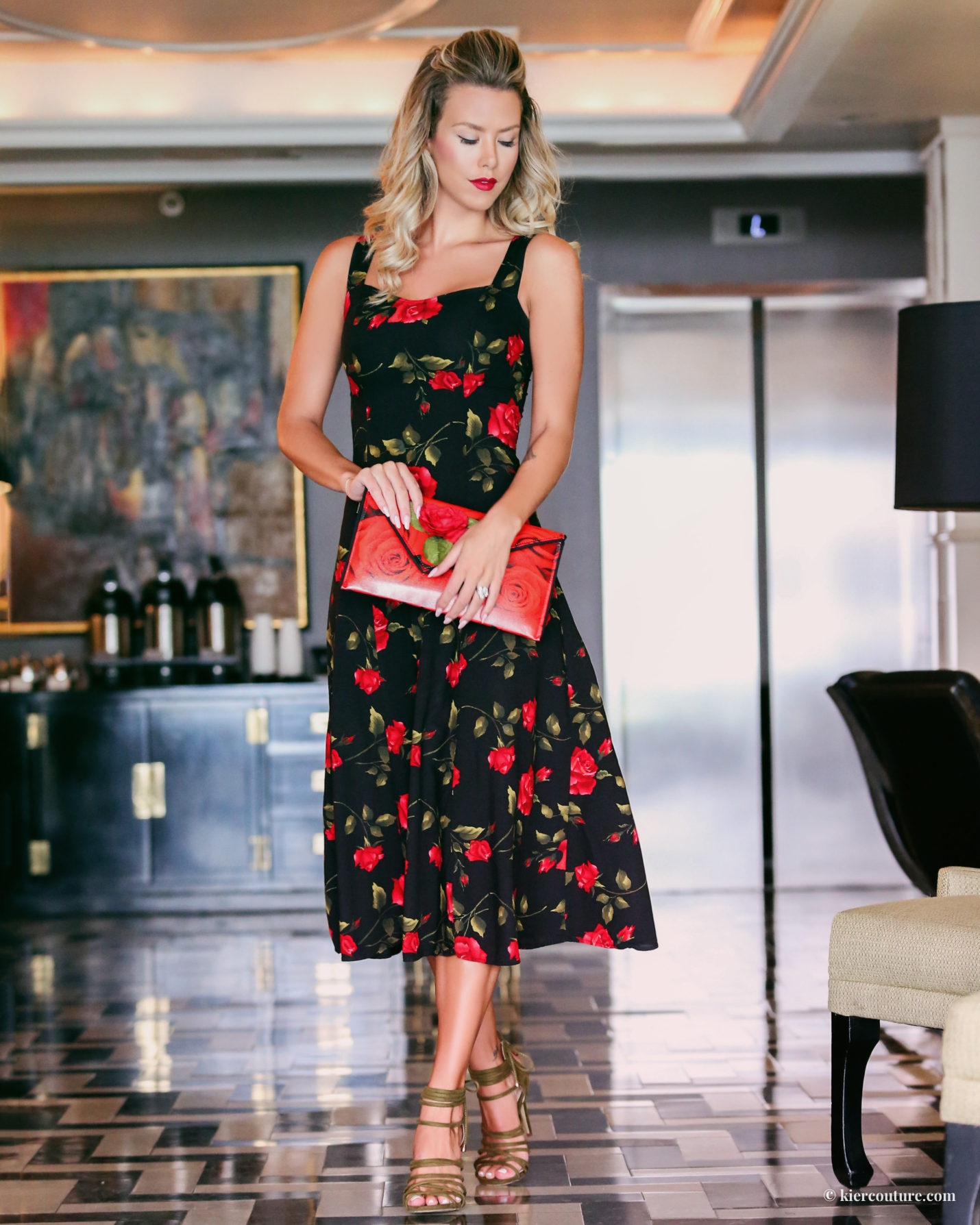 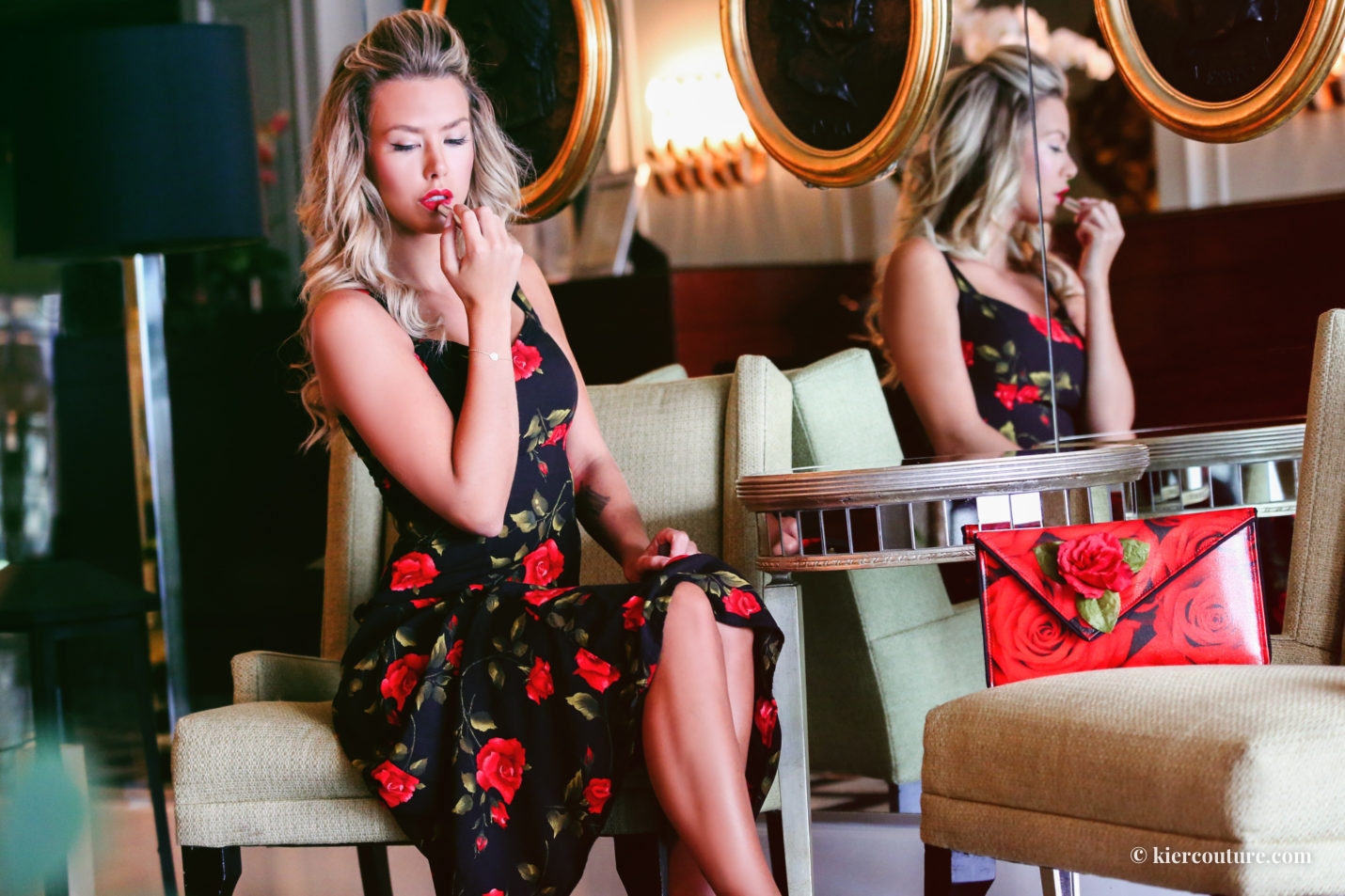 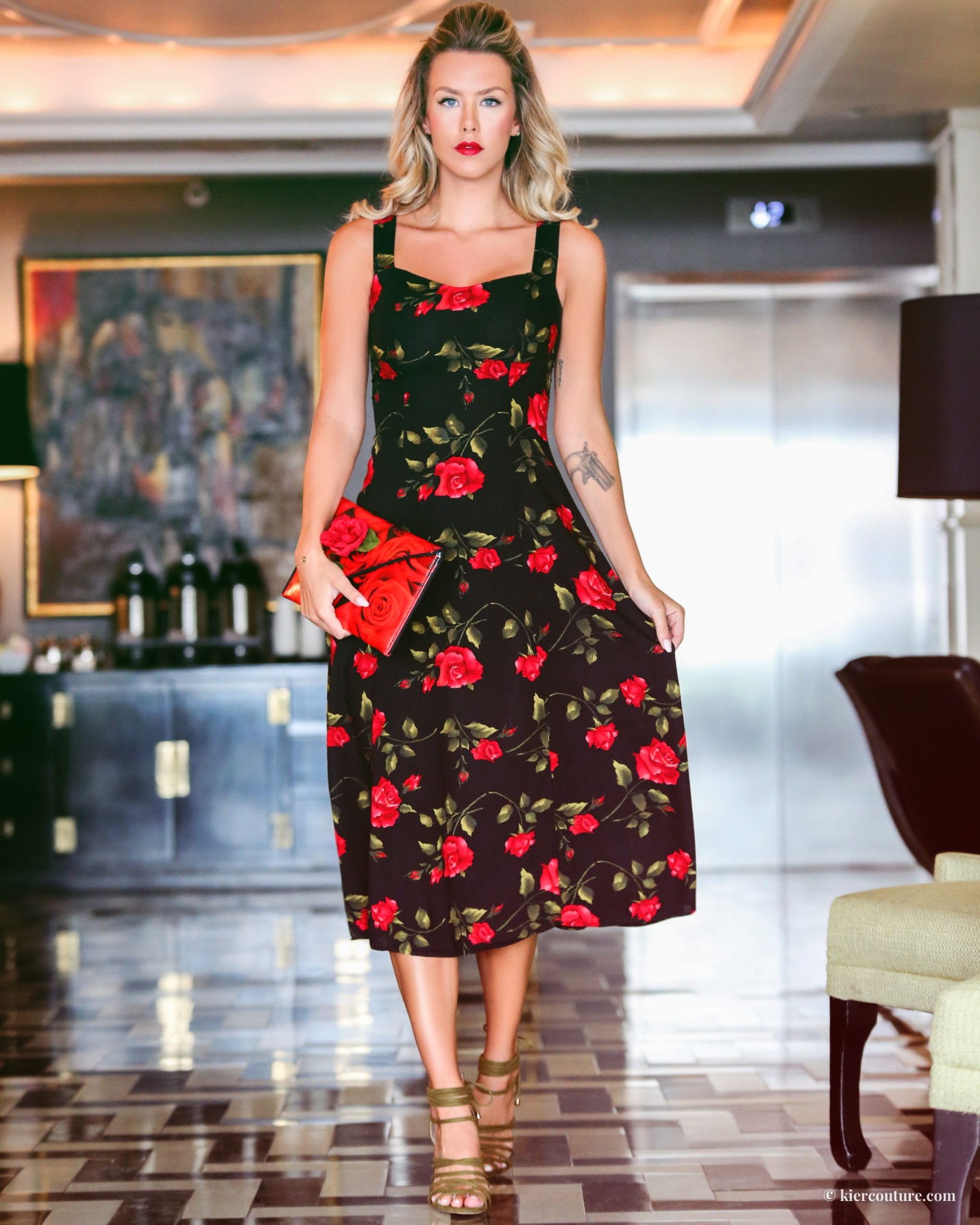 5 Things to do in Delray Beach